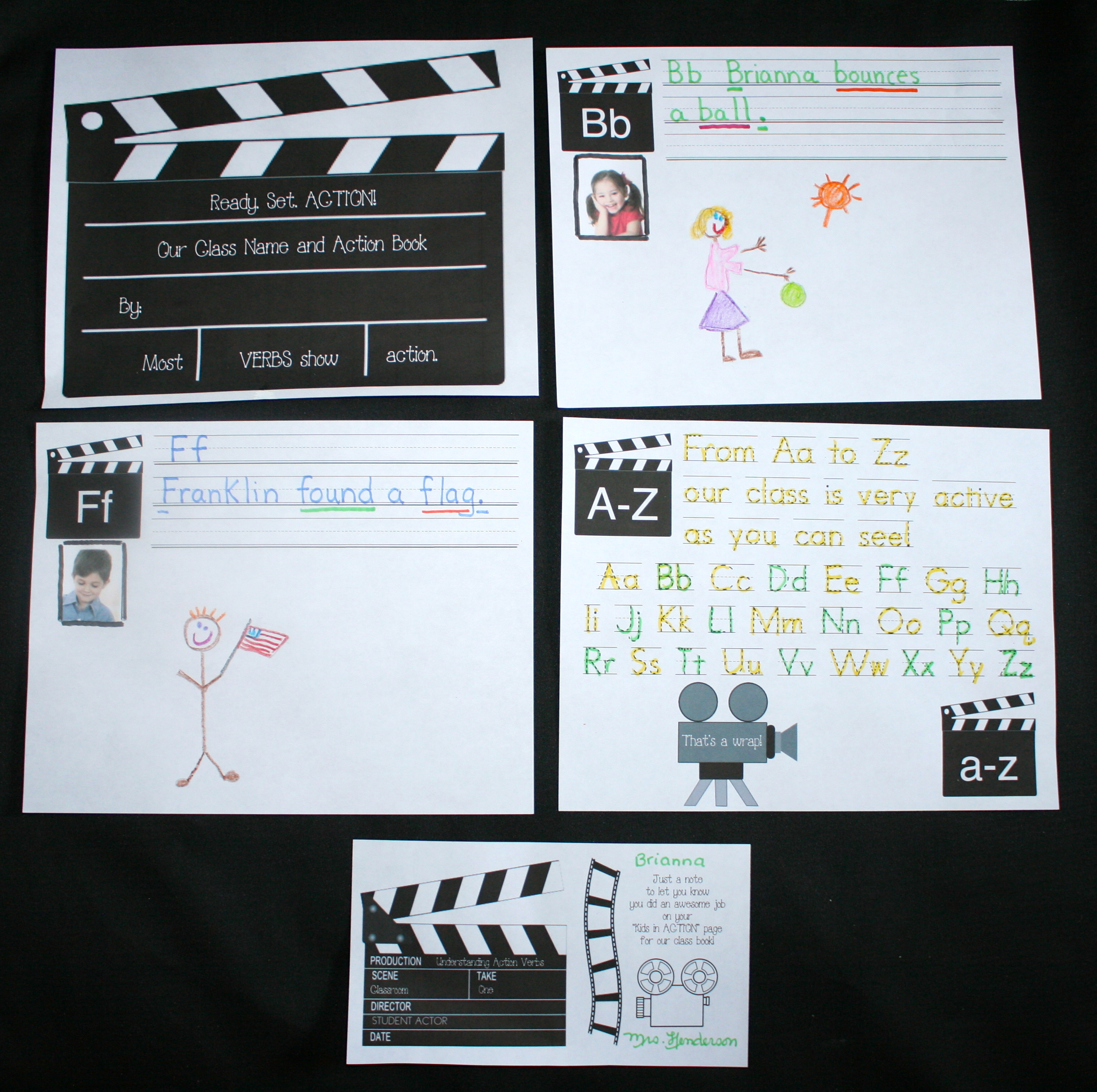 Having to write a simple sentence with a noun and verb, with appropriate capitalization and end punctuation is now a standard for even our youngest students.

This can be a pretty big mountain to climb, as some of them are just learning how to write their name and to identify the letters of the alphabet, so I thought why not cover all of these standards in a fun way with an alliterative class-made alphabet book!

The 36-page Name & Action Verb and Noun Class Book packet, is perfect for first graders, and something that can be done later in the year for kindergartners and makes a great Daily 5 or reading or writing center activity as well.

The packet covers the Common Core Standards: RF.K1a, RF.K1c, RF.K1d, RF.K3a, RI.K.5, RI.K.6, L.K1a, L.K1b, L.K2a, L.K2b I'm very familiar with Kindergarten standards, and I know some of the first grade standards over lap, but I don't have a handle on all of them. Sorry I don't have the numbers for you. 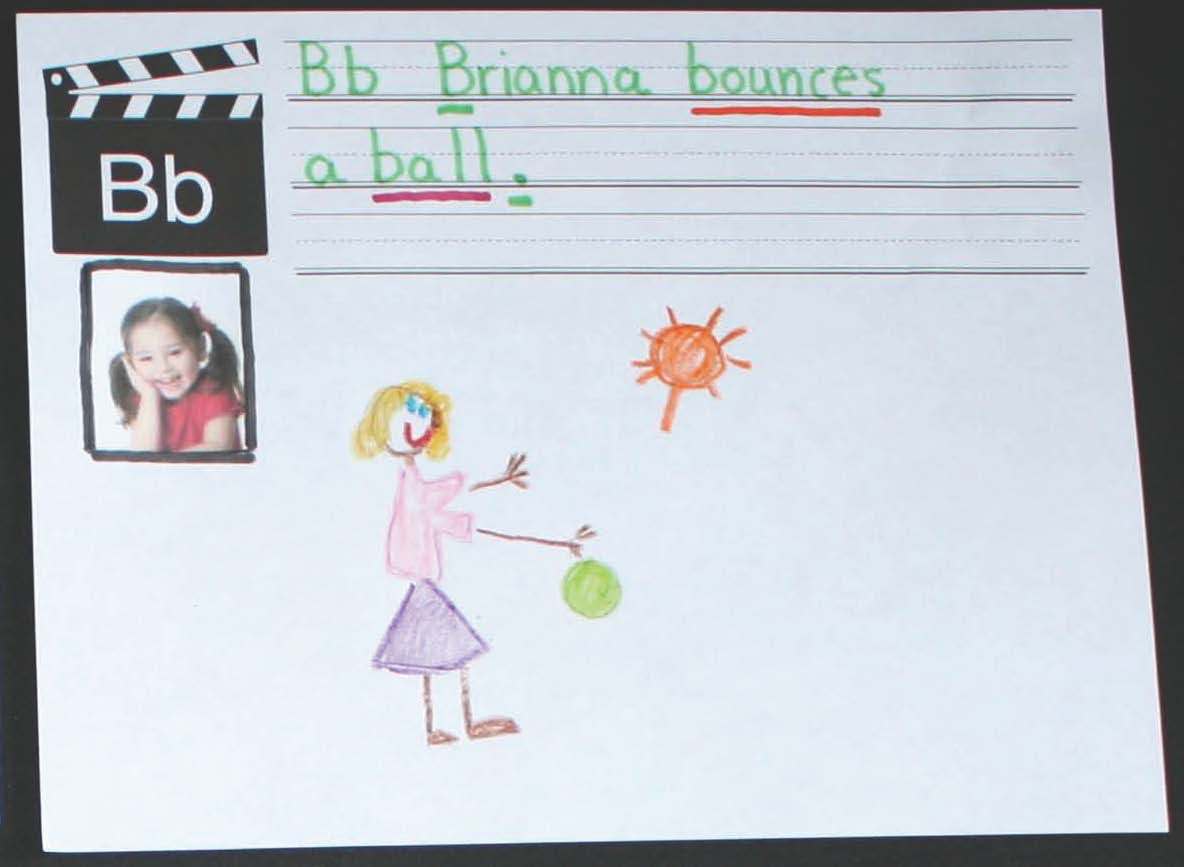 Students write a simple sentence using a letter from the alphabet that starts with the letter of their name.They underline the capital letter of the beginning word, as well as the ending punctuation. So that you have a complete alphabet book with all of the letters, you can also assign a letter to each student, and allow them to make up a name.

To make sure they have included an “action word” (verb) and a “thing word” (noun) they need to underline those as well. Children then illustrate their page. 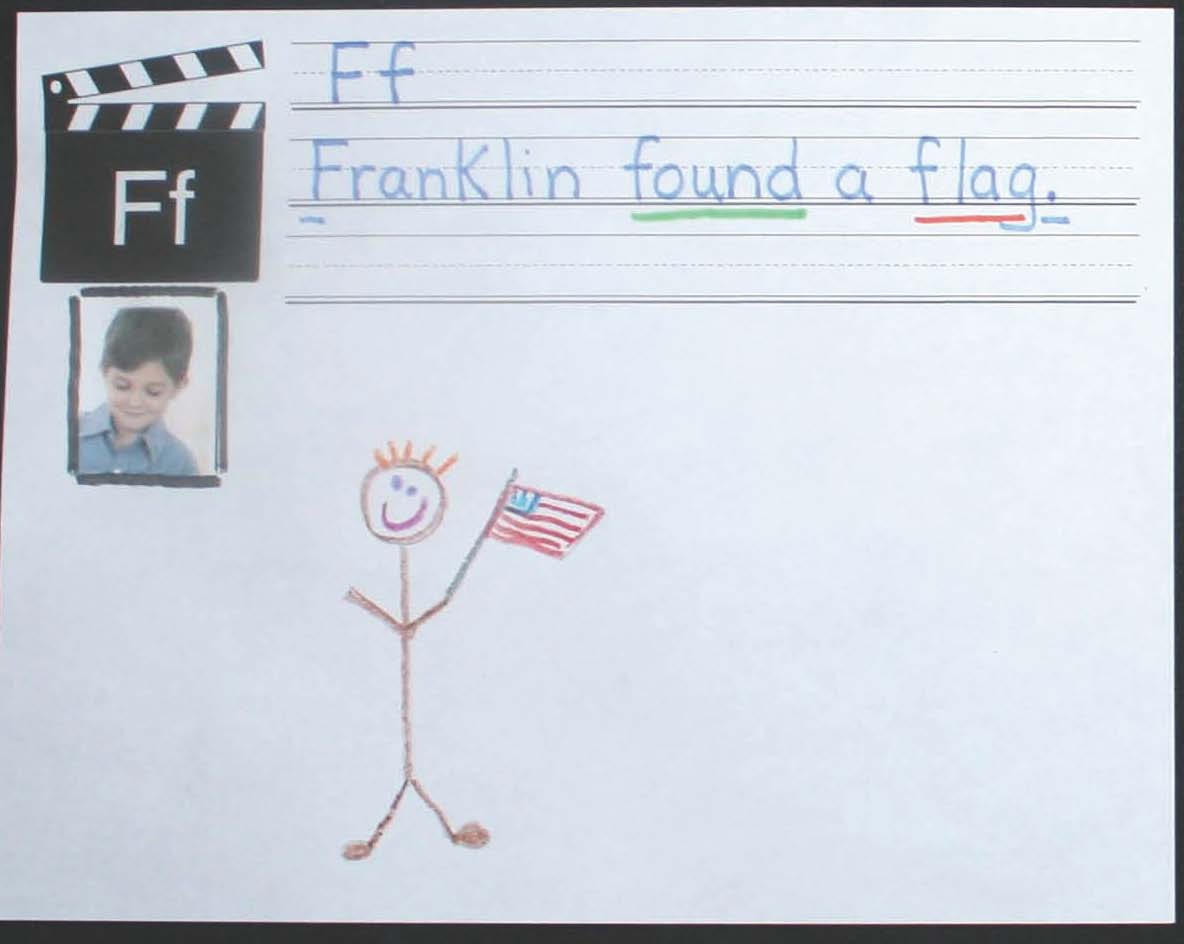 I chose to make this an alliterative book because I think tongue twisters are not only more fun, and a bit more challenging for first graders, but they help reinforce the Common Core Standard RF.K3a where students demonstrate basic knowledge of letter-sound correspondence, by producing the 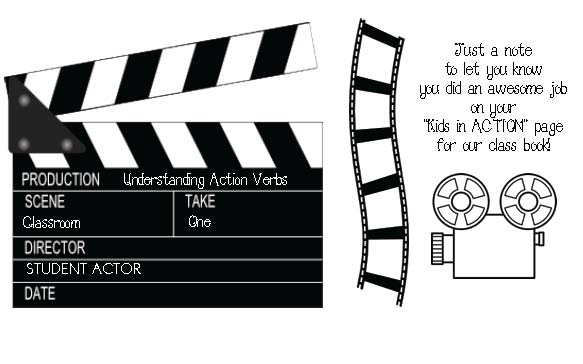 primary or most frequent sound for each consonant.

If you think this is too difficult for your PK’s or K’s, simply have them think of any verb or noun and simply work on that skill, rather than make it too complicated.

I suggest sitting in a circle around the white board and brainstorming each child’s words, as a whole group, which would help the light bulbs go on via repetition, as you are continuously working on the same concept over and over with different letters, with everyone helping you until you have completed the task.

You could also send the page home as a home-school assignment, and let parents work one-on-one with their child.  For that finishing touch, add a photo to make the book even more interesting. 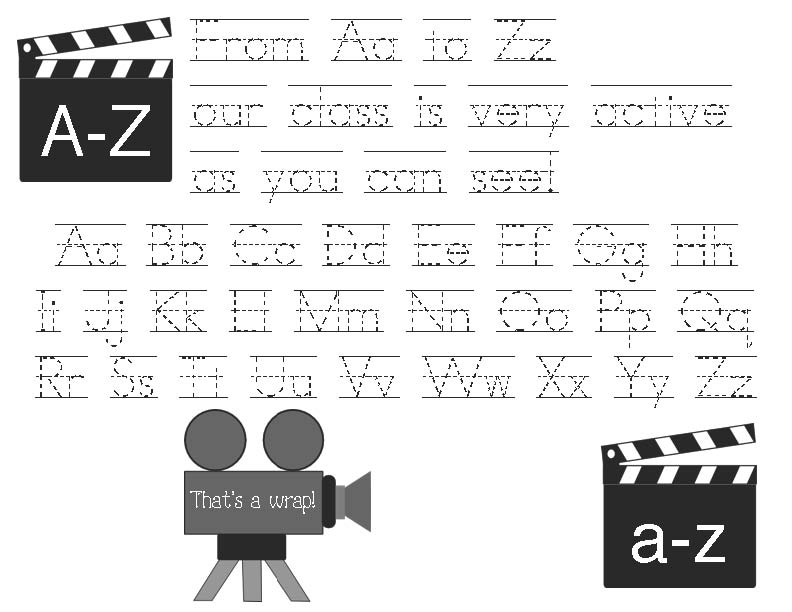 You can run off the last page so everyone can work on their letter skills.  Have them trace and then write their letters and then pair up with a partner and quiz each other on which letter is which.  I've also included a certificate of praise.

When everyone has completed their page, laminate and collate them into a class book. Make sure that you do a sample page of your own.  My students are always surprised to find out that I too, have a first name.

When they are done, they can choose one question to ask the class: What the action verb was, what the noun was, what was the name of the end punctuation or what letter was capitalized?

Students will enjoy “playing teacher” and you will be reinforcing several standards in a fun way, as each child shares their page! Click on the link to view/download Name and Action Class Book

Thanks for visiting today.  Feel free to PIN away.

Teaching Common Core With Kiddy Lit III: If You Take A Mouse To School

If You Take A Mouse To School You'll Have A Lot Of FUN!!!

The Common Core packets using kiddy lit continue to be one of our most popular downloads. I started with The Kissing Hand added Chrysanthemum, then If You Give A Mouse A Cookie, and today I bring you If You Take A Mouse To School, which was one of the most requested books that I do a packet for.  I also just finished First Day Jitters. 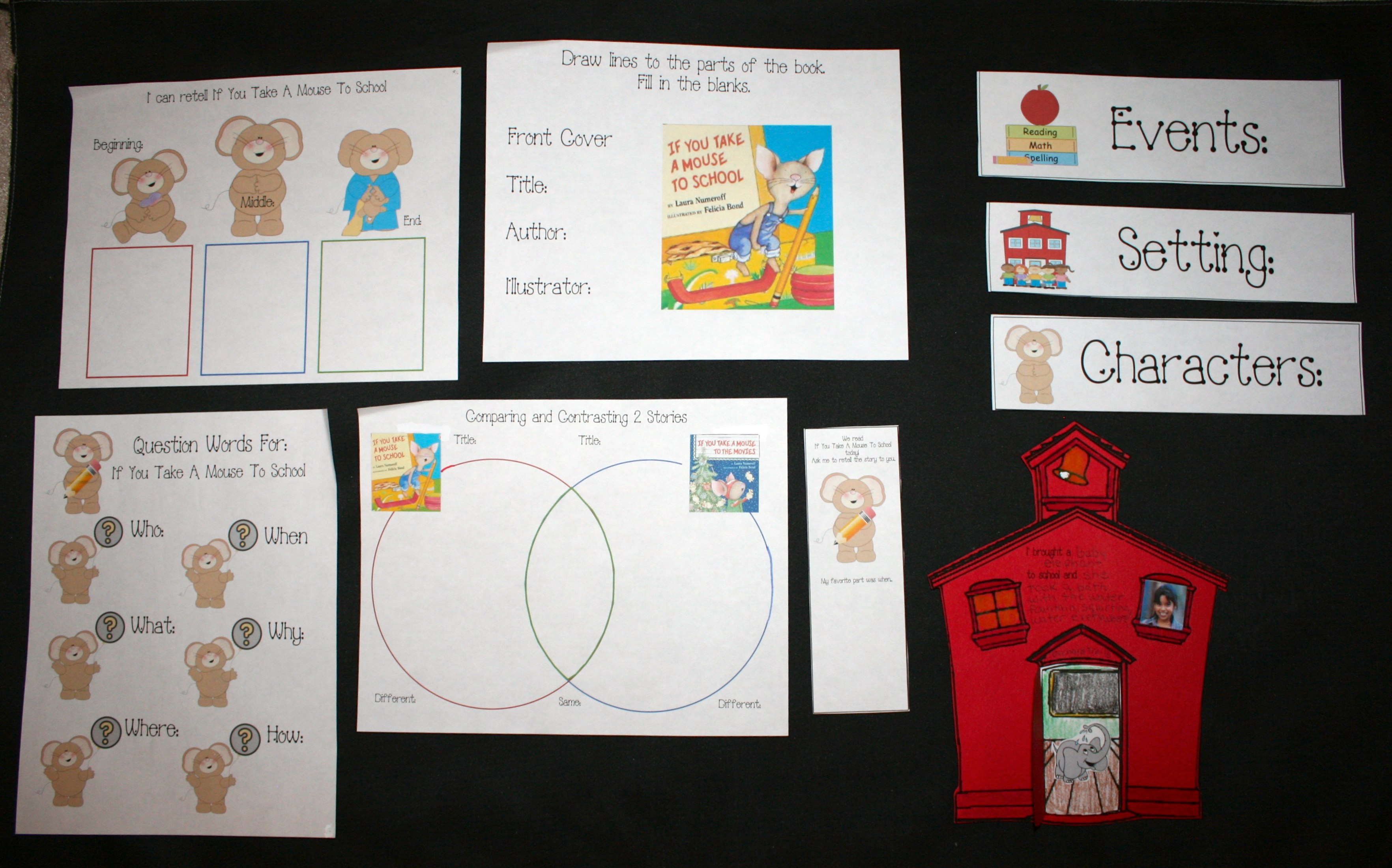 I feel following a specific format when you do things, empowers students and builds their self-esteem.

They feel smarter, because they know right from the start, what is expected of them and they can get "down to business"right away.

Less time is wasted because you are not reinventing the wheel preparing, nor are you having to continuously explain the directions and then having to repeat them to children who aren't listening or still don't "get it." 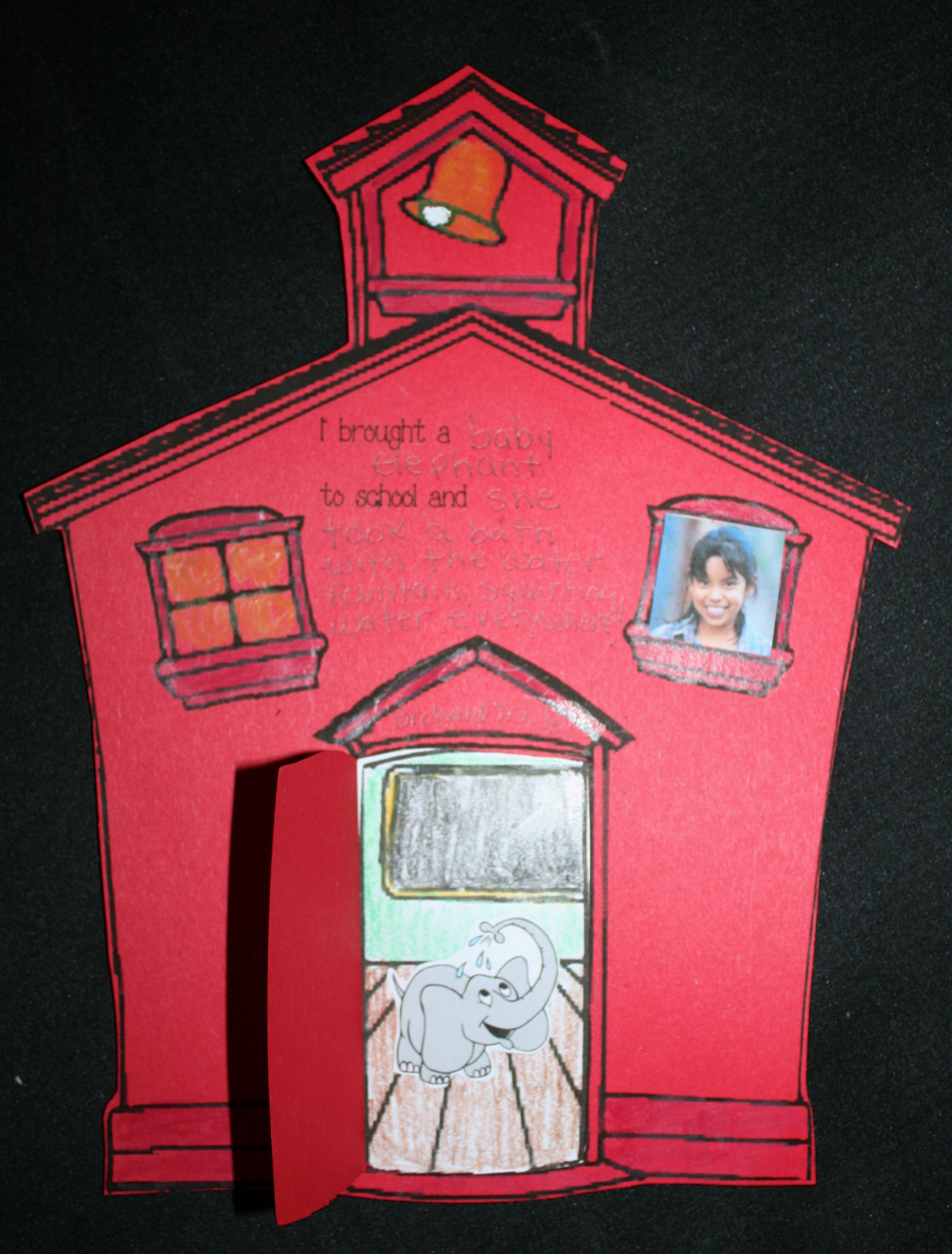 The mouse "craftivity" makes a cute back to school 3-D bulletin board as the doors are slit open to reveal what "thing" each student has brought to school.

Make the schoolhouse extra special by having students write the name of your school over the door and gluing their picture in one of the windows.

This is also  great for a September writing prompt or Daily 5 activity. Click on the link to view/download If You Take A Mouse To School Common Core Packet.

This is truly a quick, easy and fun way to review a lot of common core state standards, so if there are other books that you’d like me to make packets for, just shoot me an e-mail.  diane@teachwithme.com or post a comment below.

"Treat people as if they were what they ought to be, and you can help them become what they are capable of becoming." -Johann Wolfgang von Goethe