Just How Many Books Did Dr. Seuss Write? An Alphabetical List & Synopsis of Them All

I totally agree with Dr. Seuss when he said: "You're never too old, too wacky, too wild, to pick up a book and read to a child!" 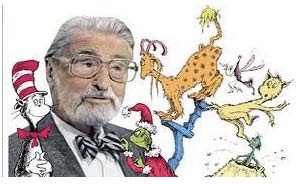 Reading to my young 5 students was my favorite part of our day. A time to relax and travel the world on all sorts of "ed-ventures" right there in our room, fueled by a splash of imagination.

March was an especially fun reading month for us.  Our school celebrated March is Reading Month, took part in Read Across America, and had a Celebration of Seuss Week as well.

I personally have a collection of over 40 Dr. Seuss books.  It was amidst this pile of fun, that I wondered just how many children's books Dr. Seuss had actually written.

I thought the answer would be a no-brainer.  Simply Google my question and a number would pop up right?  Wrong!

To my surprise, no one really quite agreed.  I found guess-timates from 40 to 60.  I couldn't even find a complete bibliography!  How could this be?  Hmmm...did I want to make the time to take up this challenge and figure it out for myself? 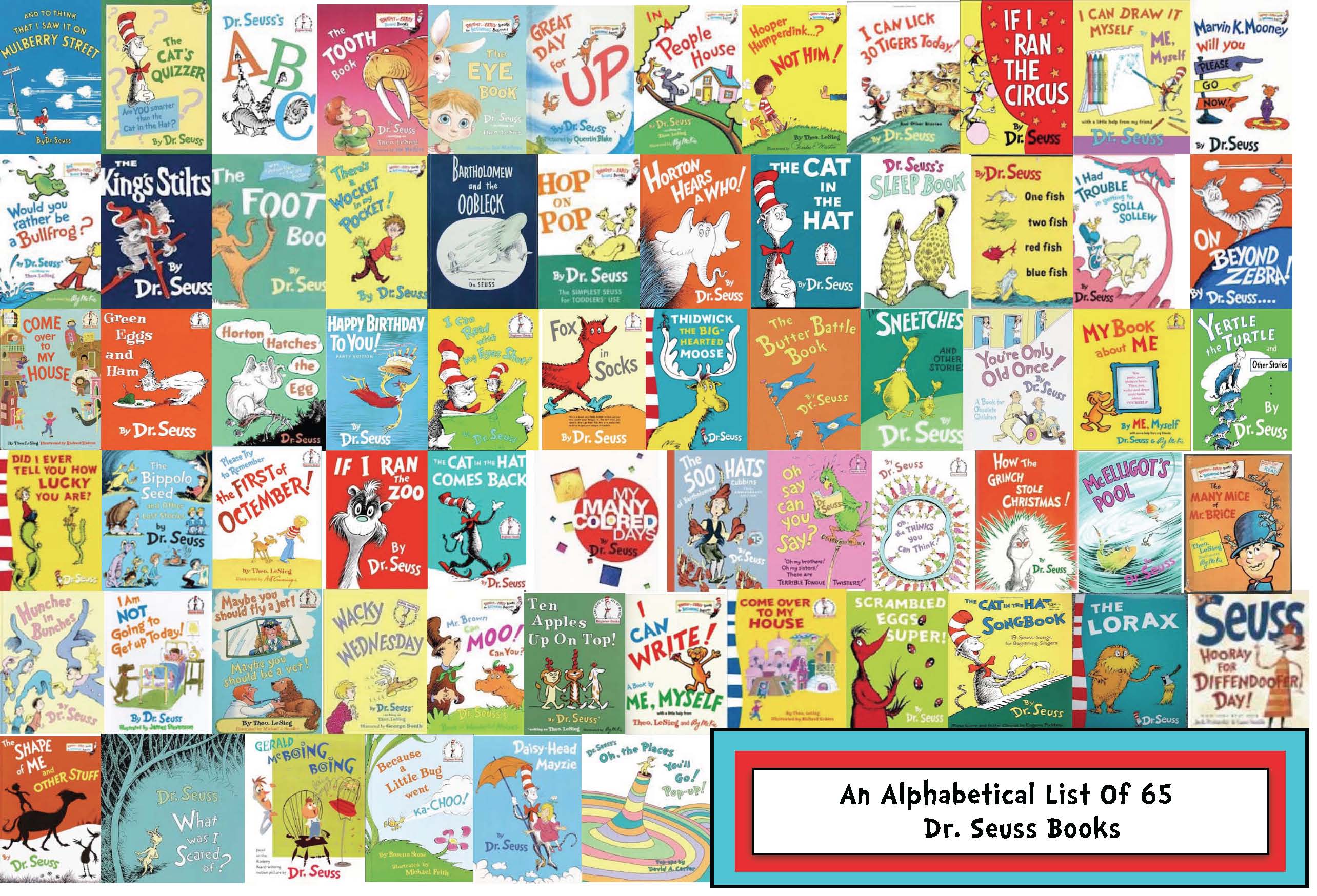 My curiosity got the best of me.  Zillions of hours of research later, I have come up with the answer of 64 + 1.

I'm proud to present to you, a FREE copy of my alphabetical list of Seuss's books.

Finding and getting all of the covers on one page, was no small feat.

Since I was on a roll, I also wrote a synopsis for all of them, which includes all of the “stories” that were published as collections.  (A total synopsis then, of 79 works.)

Click this LINK to grab a free copy: Synopsis of 79 Seuss books/stories. 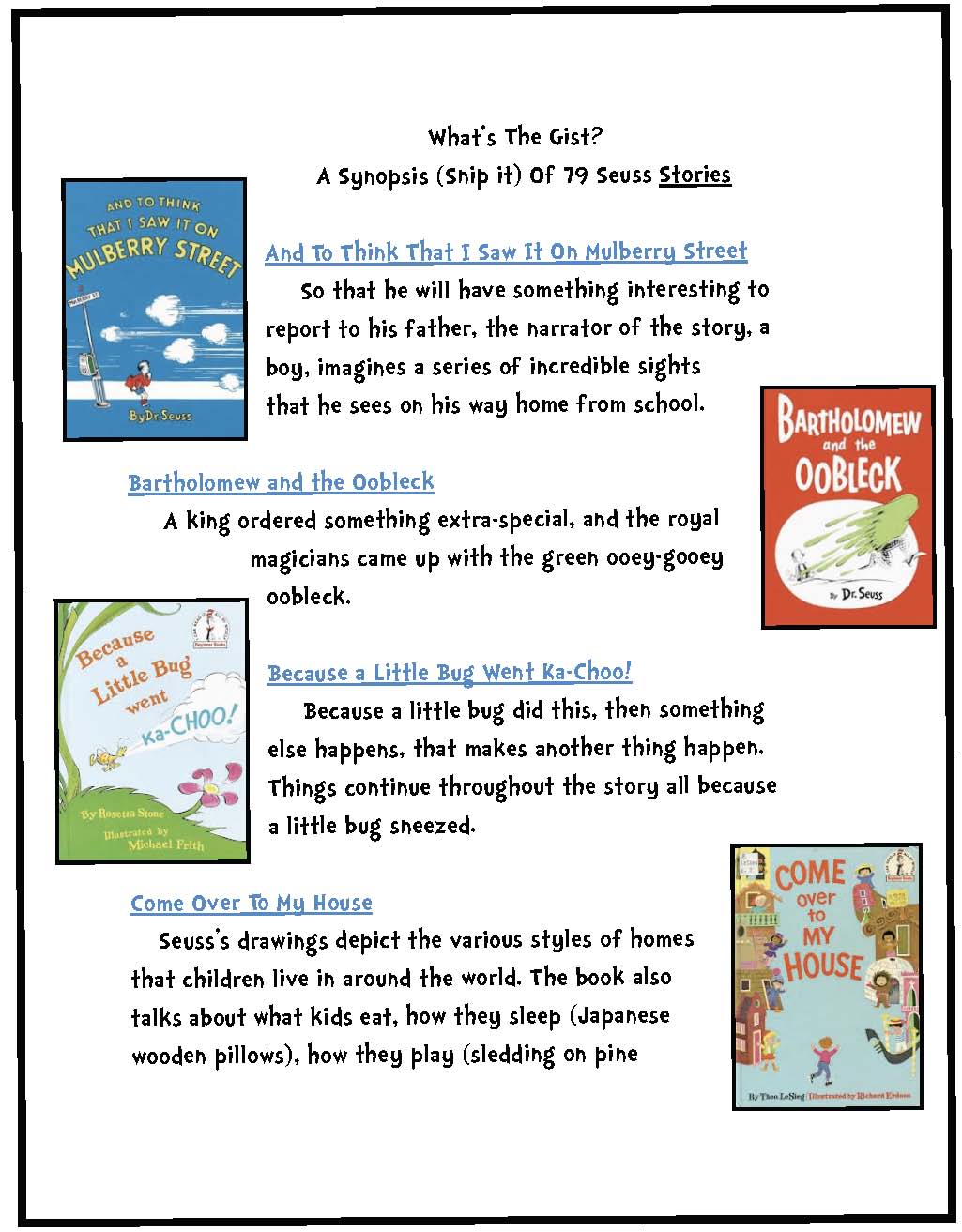 (While doing research and discovering books and stories I had never heard of, I had to find and read them of course! Thus the "zillions" of hours, which was definitely time well-spent!)  I hope you think so too, and find it helpful.

So why the variety of answers? I think some of the discrepancies happen, because certain "counters" only include the books written under Theodore's pseudonym: "Dr. Seuss" and not those he wrote (but did not illustrate) under his pen name, Theo. LeSieg (Geisel, his real name, spelled backwards.)

A lot of lists also don't include the 2 books (The Seven Lady Godivas & You're Only Old Once) that he wrote for adults. (Most people don't even know that Seuss drew cartoons and wrote for an adult audience prior to writing children's books.)

Another, often "uncounted" Seuss, is the adorable little book "A Little Bug Went Ka-Choo", which he wrote under the pen name Rosetta Stone. What? Why on earth would he add yet another pen name?

It seems that Dr. Seuss was writing a book with Michael Frith. He didn't want to use his name on the book, so Mike suggested he use his wife's name instead. Audrey's maiden name was Stone.  Frith thought of Rosetta and the rest is history or not...

The rather expensive, The Many Mice of Mr. Brice, which was made into a 1989 pop up book: The Pop-Up Mice of Mr. Brice (Theo LeSeig) often escapes counting as well, perhaps because of the price.  If you're lucky enough to find a "new" one, you'll likely be shelling out over $300.

Counting confusion can also be attributed to the fact that Dr. Seuss wrote several books that were collections of stories.  Some of these stories were later made into separate books, like What Was I Afraid Of? which first appeared in The Sneeches.

Books like Daisy-Head Mayzie and My Many Colored Days, which were published after his death, also allude many lists. As with the other LeSeig books, he did not illustrate these.

Does the "to illustrate or not to illustrate?" add to the confusion? Perhaps; who knows what factors people use to make up a list of Dr. Seuss books.

However, my research included them all, which resulted in 64 books!  So why does my cover page say 65?

Although Seuss did not write Horray For Diffendoofer Day, Jack Prelutsky, expanded and completed Seuss's original work, so I thought it only fair to include it in my count. After all, it features Miss Bonkers. a teacher.

Alas, just when I thought my counting was done...Oh no! Along comes another one! 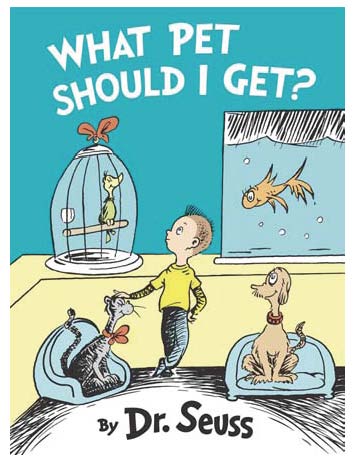 It seems that the publisher plans on at least two more books, based on mysterious manuscripts found in Seuss's home in La Jolla, California, by his widow and secretary. 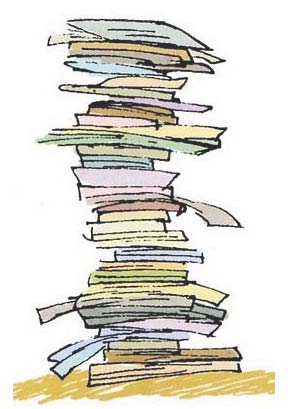 Could this be a "too good to be true" thing, or did Dr. Seuss, like most prolific writers, actually have the proverbial piles of paper, stuck like a book in every "cramped cranny and little nook?"

Be that as it may, I will not be up-dating my current lists anytime soon, at least not until they stop finding things “every-which-where".

Click this LINK to see all 30 of my quick, easy & fun Dr. Seuss-themed activities that I have in my TpT shop.

Thanks for visiting.  I'm off to take some aspirin and curl up with a good book.

My brain feels as fried as Sam's green eggs and ham.  Wishing you a stress-free day.